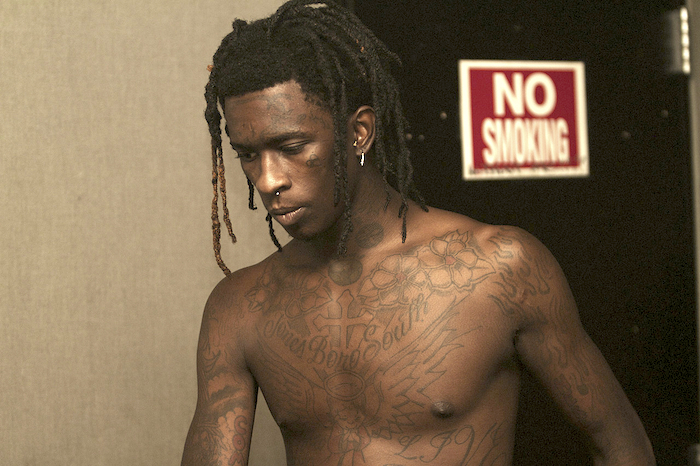 Is Young Thug gay? Young Thug is a rapper from Atlanta, GA that grew to prominence in 2013 following the release of his 1017 Thug mixtape. Today, Young Thug is one of the hottest names in hip-hop, and his single “Stoner” is in heavy rotation on radio stations throughout the United States. But Young Thug is also one of the most talked-about rappers because of questions regarding his sexual orientation.

If Young Thug is gay, it makes sense that he hails from Atlanta. If you spend more than a day in Atlanta, it’s clear that Atlanta is a very gay-friendly city. In fact, Atlanta is one of the gayest cities in the USA. A 2005 NPR report indicated that Atlanta has the “largest population of black gay couples in the United States.” Considering that Atlanta is arguably home to more rappers than any other US city, the odds are that there’s at least a handful of gay rappers from A-Town. Right?

Hip-Hop as a genre has always been hyper-masculine, but in recent years, the culture has become more accepting to homosexuality. Whereas rappers often used gay slurs in their raps, in 2014, that type of lyrical content is frowned upon. Eminem  — once accused of being homophobic — publicly supports gay marriage. Lil B released an album entitled I’m Gay, and the only person shocked by that was DMX.

But what’s different with Young Thug is that there’s legitimate questions about his sexuality. Fans aren’t sure if it’s a publicity stunt. And Young Thug isn’t just a semi-known rapper or an Internet celebrity like Lil B. Young Thug is one of the rising stars of the genre.

Why do people thing Young Thug may be gay?

1. Young Thug admits to wearing dresses. Not the leather kilts that Kanye West rocks on stage. We’re talking legitimate dresses. Like the one your sister wears. A Google Image search for “Young Thug Dress” returns some very interesting results:

2. Young Thug has weird nicknames for his friends. When was the last time you called your boy “babe”? Do you ever call your buddy “my love”? We’re not judging, just asking. 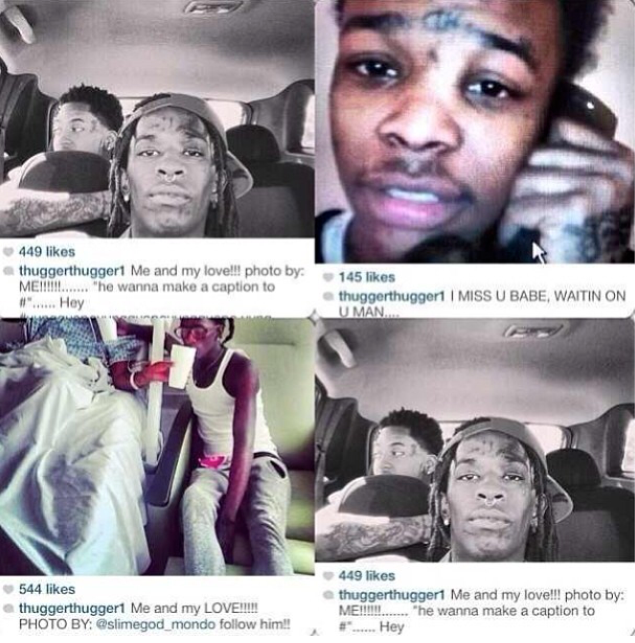 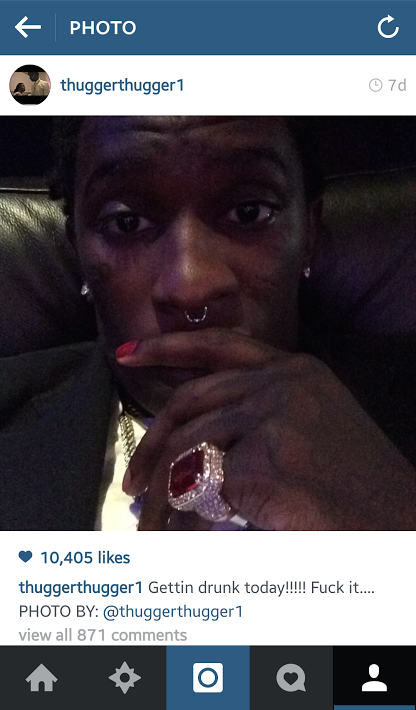 3. But Young Thug says he’s not gay. Do you believe him?

Our Opinion: We could care less if Young Thug is gay. The reality is that people are gay. It’s not a choice. To all the homophobic straight people reading this, wrap your brain around this: Did you choose to be straight? We don’t think Thugger is gay, but rather that he’s trolling the Internet for attention. And it’s working!

Editor’s Update: Someone should do a version of this, but fill it in with things from this post. Do you know how I know you’re gay? Because you wear women’s clothing and nail polish.