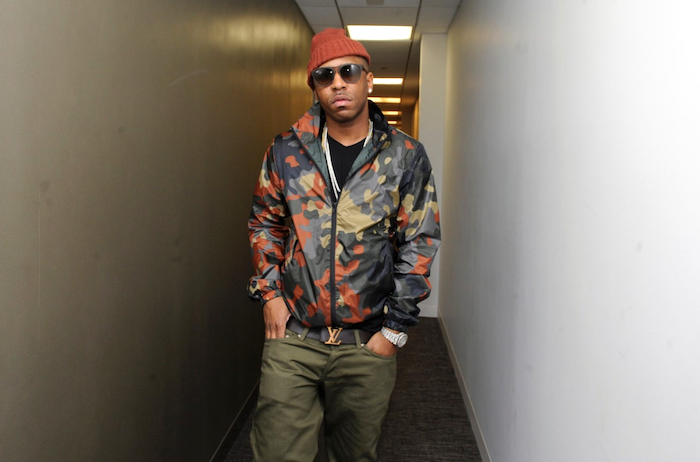 Rocko is one of the most compelling characters in the hip-hop game. If you follow Rocko on Instagram, you know the Atlanta artist wears many hats. Rocko is a successful record label executive, ambitious entrepreneur, loving father, and poet. Wait, did we just say Poet?

Shortly following the the release of a new single “I’m Good” with Lil Wayne, Rocko surprised his supporters with Poet. It’s no coincidence that Rocko’s Poet was released a few days following the death of poet Maya Angelou.

It wasn’t a situation where I was trying to capitalize on her death, it was more a tribute to her and paying homage to everything she brought as far as her poetry…

Rocko’s Poet: What You Can Expect

Poet is an eight track EP that features Rocko Da Don rapping over production by Chase N Cashe, Fatboi, and 808 Mafia. The beat selection is one of the strong points of Rocko’s new album.

Rocko is one of the kings of Atlanta’s rap movement, but no other Atlanta rap artists appear on Rocko’s Poet. The one rapper who is on Rocko’s Poet EP is hip-hop legend, Nas. Their collaboration, “Hustler”, is one the stand-out songs on Poet. Rocko holds his own lyrically with Nas riding shotgun.

I’m the baker, the barber, the busboy, the chef
The CEO, the rapper, MC Rocko the best – I got a million hustles
I’m a doctor, I’m a lawyer, but me not no judge
I’m an accountant, me need it all, me not gon budge
Natural born hustler, yes, that is us
In living color flow, look Im King in My Ivory – explanation
Way-an, weave-out, trainer, boxer, I do it all
Realtor, builder, painter, artist
Play a little softball too, come to pitchin I’m the hardest”

On “Call You In Heaven”, Rocko expresses his desire to talk to his loved ones who have passed away and delivers a song that anyone who has ever lost a close family member will feel.

“Pain” talks about how people turn to drugs when they are going through life struggles.

People deal with pain in different ways
They drinking pints of lean all day, smoke and Patron
Drink and my Kush, I don’t know if I’m coming or going
I’m in pain, shout out to my little nigga
He died snortin that booger sugar
They listen to me, I give em’ hope
H-O-P-E, acronym, hold on pain ends

The title track off Poet is one of the strongest. If you’re a fan of Lingo creativity, “Poet” will put a smile on your face. Rocko finds more ways to use the prefix of Poet (“po”) over-and-over in his verses. The real highlight of “Poet” is the Chase n Cashe instrumental Rocko raps over.

Phenomenal Woman – Rocko pays tributes to the “real women” on this